Our primary mission is to empower our clients to take control of challenging/ difficult areas in their lives through the use of skill-based, present-focused, goal-oriented, and scientifically-proven treatments.

Obsessive-compulsive disorder is an anxiety disorder in which people have recurring, unwanted thoughts, ideas, or sensations (obsessions) that make them feel driven to do something repetitively (compulsions). Many people with OCD know or suspect their obsessions are not true; others may think they could be true. Even if they know their obsessions are not true, people with OCD have a hard time keeping their focus off the obsessions or stopping the compulsions. Body Dysmorphic Disorder, characterized by “imagined ugliness” is related to OCD. CHH offers Exposure and Response Prevention (EXRP), which is undoubtedly the gold-standard psychotherapy treatment for OCD due to the wealth of scientific evidence to support its efficacy.

Obsessions are recurrent and persistent thoughts, impulses, or images that cause distressing emotions such as anxiety or disgust. Many people with OCD recognize that the thoughts, impulses, or images are a product of their mind and are excessive or unreasonable. Yet these intrusive thoughts cannot be settled by logic or reasoning. Most people with OCD try to ignore or suppress such obsessions or offset them with some other thought or action. Typical obsessions include excessive concerns about contamination or harm, the need for symmetry or exactness, or forbidden sexual or religious thoughts.

Compulsions are repetitive behaviors or mental acts (e.g., washing/grooming rituals, avoidance, seeking reassurance from others, checking, mental reviewing, ordering and arranging, etc.) that a person feels driven to perform in response to an obsession. The behaviors are aimed at preventing or reducing distress or a feared situation. Although the compulsion may bring some relief to the worry, the obsession returns and the cycle repeats over and over.

In addition to obsessions and compulsions, many with OCD also find themselves engaging in a fair amount of avoidance. Avoidance is primarily associated with people, places, objects, and situations that elicit obsessional thinking and produce anxiety. As compulsions can be time consuming, exhausting, and impairing, avoidance often functions as an alternative to compulsions to make life easier. While avoidance may ease anxiety in the short-term, it is ultimately worsening the OCD cycle.

Body Dysmorphic Disorder, a related disorder of OCD, is characterized by an “imagined ugliness.” A person experiencing BDD is preoccupied with one or more perceived defects or flaws in their physical appearance. Important to note is that these perceived defects or flaws are not observable to others. The preoccupation experienced in BDD can become incredibly overpowering, leading to harmful coping strategies. Such strategies could include repetitive behaviors (e.g., mirror checking, skin picking, excessive grooming behaviors, seeking assurance from others, etc.) or repetitive mental acts (e.g., intensely comparing his/her appearance to others) as a means of self-soothing or self-assurance. The treatment offered at CHH for BDD is Cognitive-Behavioral Therapy (CBT). 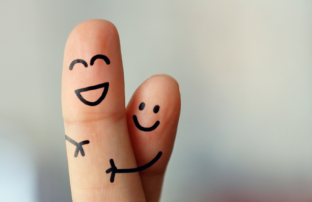 Holidays can be a time of high stress: routines are disrupted, extended family is often together, and there can be heightened expectations about socializing during and after big meals. This holiday season, we want to provide resources to all people who are supporting their loved ones through eating disorder recovery. It’s not just those going… END_OF_DOCUMENT_TOKEN_TO_BE_REPLACED 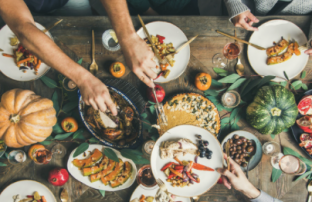 Written by Amanda Turco, Therapist The holidays are fast approaching, which comes with both excitement and for many, some (or a lot of) anxiety. Holidays are centered around food, celebration, and family and friends. For those struggling, it can also be a time centered around a change in routine, triggers, and intrusive thoughts. You may… END_OF_DOCUMENT_TOKEN_TO_BE_REPLACED

Written by Paulina Syracuse, Advanced Doctoral Extern Scene 1: You’re taking a walk with your loved one when, all of the sudden, you have a thought of your loved one getting into an accident and dying. Your anxiety and fear spikes at the thought and possibility of this terrible event occurring. To reduce this anxiety,… END_OF_DOCUMENT_TOKEN_TO_BE_REPLACED 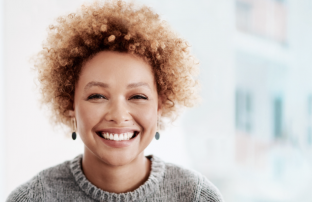 Written by Amanda Turco, Therapist Our practice uses Cognitive Behavioral Therapy (CBT), an evidenced based model of treatment that has been studied and proven to be effective in treating many mental health diagnoses. With the mindset that therapy should not be a forever thing, we want to provide you with the skills you need to… END_OF_DOCUMENT_TOKEN_TO_BE_REPLACED 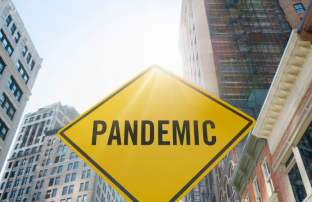 By Amanda Turco, Therapist As I reflect on the past year and the clients that have come to work with me, I can’t help but notice a trend. “When did you start noticing this become a problem?” I ask. “During the pandemic” is the most frequent answer. The pandemic has caused all types of mental… END_OF_DOCUMENT_TOKEN_TO_BE_REPLACED

How to Schedule an Appointment

We offer a FREE 30-minute consultation service. To schedule this service or makean appointment for a comprehensive mental-health assessment, please call CHH at 866-739-3083